Xuan Zang is an excellent movie based on the life of Chinese Buddhist monk, Xuan Zang, and his quest to go to India to study the origins of Buddhism. Xuan Zang was a young monk that lived during the Tang Dynasty. He endured many hardships on his trek to India. He was 50 years old by the time he made it to India to study Buddhism and returned to China.

The acting is great; you feel the emotions that the monk felt. The cinematography is breathtaking, and the costumes and the sets look authentic. The key message we took away from this film is that having patience, faith, and perseverance are ways to develop spiritually.

Everyone tells Xuan Zang he won’t survive the long trip. And many try to stop him from reaching India. Along the way, some people have visions that he’s going to India.

Two of our favorite scenes are when he visits the Gaochang Kingdom. The ceremony that takes place when he first meets the king is reverential and beautiful. The music in this sequence is flowing with sacred tones and majesty at the same time. And another scene that we like is when the monk is teaching regularly in the kingdom. The king wants him to stay and not go to India. No spoilers to be revealed, but let’s just say that the king was surprised at what the monk did.

Throughout the movie, the monk gains respect in many ways. And there are many important life lessons that he learns. Xuan Zang isn’t out for respect or accolades. He just wants to learn about the essence of Buddhism. 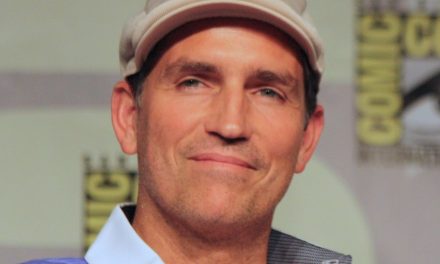